Every night for the past couple of months as she was being tucked into bed, Ashley would say that she wanted to tell me a secret. And every single night, she would whisper the same thing in my ear: “I want to go to the beach.” After she whispered it, she would then say it out loud, just to make sure she was heard…. Which basically means that she screamed it. Let’s just say that the neighbors probably know her secret, as well.

So, today, we took her and her sisters to the beach. The weather in Malibu was perfect, and almost no one was there. Ashley ran around the sand and in the water like she was in ultimate heaven. Giggling, rolling in the sand, burying her legs to make a mermaid tail. Clearly, I should actually listen to her “secrets” more often. Maybe tonight she’ll have a new one, or knowing her, she will just want to go back to the beach. After a fun day like today, I certainly wouldn’t blame her. 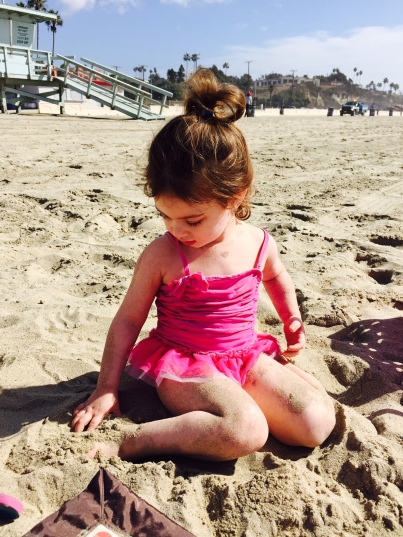